Video installation with 2 screens. Facing each other holding a conversation. Reflecting as if they were self-aware. The dialogues are taken from several fiction films. The debate of both screens is about concepts of reality, fiction and the relationship of both as media frontiers. The observer is between both screens (as if they form a corridor) but can not see them simultaneously. Both screens are in back projection.

The installation is a philosophical essay, about the existence of the projection in its cinematographic sense, and as a transmiter of contents, discourses and social-cultural presence. Its questioning is shown as if it were a dialogue, connoting a conflict over the veracity of the medium, its falsity or trickery as the very principle of its History. The audio speakers are behind the screens so they maintain the sense of dialogue between themselves. The sound design was created especifically for the piece.

The videos are looped.

The version shown in vimeo shows them side by side for practical purposes. The images are taken from Life magazine and were the simulations with mannequins and constructions designed to check the effects of nuclear bombs. 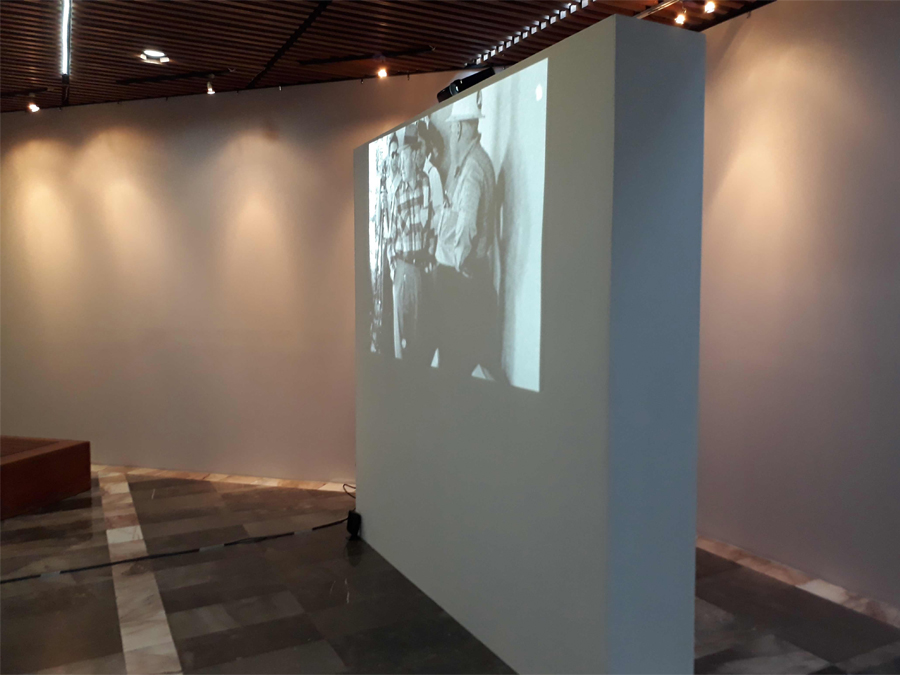